Our own Dam-Funk provided the score for this clip that Stussy put together about Real Deal Comix creator Lawrence Hubbard.

Real Deal is as underground as it gets: Crudely drawn, extremely violent and hysterically funny, nothing like a superhero story. Simply put, Real Deal deals in Urban Terror. The comic has had it's own cult status over the years, with only 6 issues in existence since its beginnings in 1989. (I got 'em all.)

I learned about this comic myself in the first issue of the Beastie Boy's legendary Grand Royal Magazine, and used a piece of the comic on an early Stones Throw promo sampler cassette back in the mid-90s. I almost got a chance to work with Lawrence back in 2010 for Madlib's Medicine Show #5 cover – it didn't work out, so I went to another Real Deal fan Benjamin Marra to draw me some L.A. ultra-violence instead.

Stussy's giving Hubbard his props with a T-shirt series, available now over at stussy.com 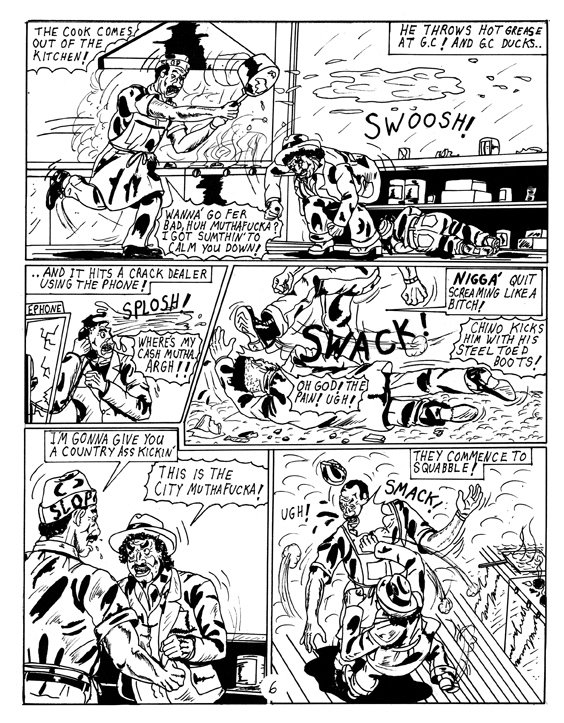 Back to the Future: Dam-Funk in Wax Poetics

Dam-Funk and Benji B at Deviation in London

Back to the Future: Dam-Funk in Wax Poetics

Dam-Funk and Benji B at Deviation in London